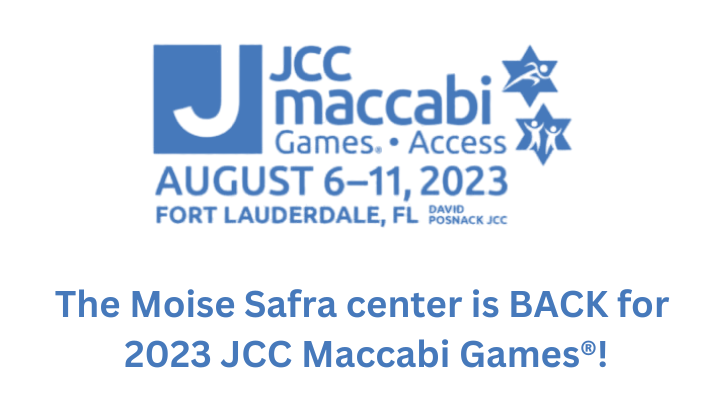 Join local athletes as part of Team Moise Safra Center for this once-in-a-lifetime experience! More than 1,800 participants from around the world will travel to Fort Lauderdale to compete in week-long athletic competition against Jewish teens from all over the United States, Israel, Great Britain, Mexico, Canada, and more. The Games are played with a focus on sportsmanship with the intent to foster long-lasting friendships, memories and connection to Judaism and Israel.

As a JCC Maccabi athlete, you will:

Want to join our team? Fill out this interest form:

Donate and Sponsor an Athlete:

Did you participate in Maccabi and had a life-changing experience? Do you want to ensure that all teens have that same experience? Help us create life-long memories for our athletes at this year’s Games!

Thank you to those who have made Moise Safra Center Maccabi possible and thank you in advance to those who continue to show their support.