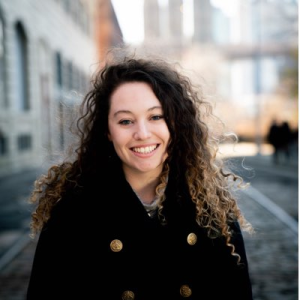 Whitney grew up in Cleveland, Ohio. She attended Ohio University where she received her Bachelor of Fine Arts in Acting. While in school, she studied abroad in London through West End on Demand and the Royal Academy of Dramatic Arts: Ages and Stages of British Drama program. When she came to New York she stage managed and production managed for the Drilling Company; Bryant Park Shakespeare and Shakespeare in the Parking Lot. It was there she discovered she loved making programming happen.

Most recently, she was the Cantor’s Assistant at Congregation Rodeph Sholom where she organized Chamber Music Concerts, scheduled B’nai Mitzvah lessons/rehearsals, and teched zoom classes, weddings, shivas, and funerals. She was the admin of their volunteer page and made sure the congregants were signed up for the soup kitchen and shelter.